For the past 50 years, China’s preeminence in global trade has continued expanding at a remarkable pace. The country’s importance to international commerce has fueled its internal prosperity and contributed to increases in consumer and industrial demand for its products throughout the world. China is leveraging its domestic capacity to achieve economic growth and economies of scale that are deemed prerequisites for modernization and improved standards of living for its citizenry.

China’s trade with developing countries has been internally financed through various forms of financial assistance, such as grants or credits, available through its numerous central planning committees and organizations. Since 1990, China has experienced a positive balance of trade with its trading partners and its elite position in global trade has been solidified through its strategic and political relationship with Hong Kong and its economic relationship with Taiwan. Both countries have contributed, albeit in different degrees, to China’s dominance amongst its trading alliances throughout Asia.

Most of China’s imports consist of heavy equipment, semiconductors, office machines, and computers. Chemicals and fuels are also high on the list of good that China brings into the country from abroad. Many of China’s imports are sourced from Japan, Taiwan, South Korea, Australia, the European Union (EU) and the U.S. Regionally, about 50% of China’s imports originate from countries in East and Southeast Asia with 25% of China’s exports shipped to those same Asian countries.

Most of China’s exports consist of manufactured goods, such as electronic and electrical machines and equipment, textiles, clothes, and footwear. While these categories represent the major categories of exports from China, its also exports various agricultural products, fuels, chemicals and precious metals. Export destinations primarily include Hong Kong, Japan, the EU, the United States, and South Korea.

China’s commercial trading is steeped in history. Almost everyone has heard of the Silk Road which was the commercial route established more than a 100 years ago and which solidified China’s role as a major producer and trader of silk throughout the ancient world. The Silk Road also contributed to a diversification of Chinese exports as tea and spices became an integral part of China’s early economic boom.

Some of the earliest records of China’s external trading activities have been traced to 206 BCE – a period when Han Dynasty was ruled by Chinese emperors and when extraterritorial trading outside of China was largely deemed non-essential to its prosperity. Nevertheless, visionary merchants and entrepreneurs of the day devised ambitious plans that leveraged and expanded China’s famous Silk Road so that it soon increased in importance as across the Asian continent.

Although foreign trade from that era was minuscule when compared to the amount of commerce that the country enjoys today, it provided the foundation for China’s later dominance of its modern day regional and international commercial trading success.

Until the 1950’s, foreign trade did not significantly contribute to the growth of the Chinese economy. In fact, during the first three decades of the twentieth century, the Chinese people were ruled by the communist party. In global diplomatic circles, China was known as the People’s Republic of China. During the 1950s and 1960s, foreign trading amounted to only 2% of the country’s GNP (gross national product).

Within the next two decades, from 1950 to 1970, China’s political climate matured as the importance of global trade originating in China far exceeded the volume of foreign commerce from a scant 20 years earlier. Leadership began heavily relying upon imports to grow its domestic economy because China was mostly an agrarian society and had not yet transitioned into the industrial powerhouse and status it enjoys today. In these decades there were chronic shortages of agricultural goods, cotton, and food. Raw materials such as steel, chemical fertilizers, and chrome were at the top of China list of most imported commodities.

As China’s economy grew, its leaders prioritized the acquisition of equipment, technology, resources and knowledge – all of which were prerequisites necessary to fuel the expansion of its domestic manufacturing. In the 1980’s, China further accelerated its economic growth by leveraging newly developed technologies and began expanding its economic influence on global trade.

Committed to leveraging its vast resources, the country’s leadership demonstrated its commitment to pursuing aggressive commercial policies that expanded its trading and economic relations with other countries – most notably in industrialized countries. The open-trade policy cemented China’s international reputation though bi-lateral trade agreements thereby facilitating better economic trade relations and formalizing its role as a source of prolific foreign investment.

By setting up special economic zones and importing foreign technology, China acquired a leadership role in almost every corner of the world’s economics and financial markets. In turn, that leadership role fostered greater respect among it peers and positioned the country to become an integral player in global trade while simultaneously boosting its domestic economic growth.

Those economic policy changes resulted in China raising its amount of foreign trade, by value, to almost $28 billion, or 6% of the GNP in 1979. In the next decade, similar initiatives enhanced new trading opportunities and spurred domestic growth throughout China. Chinese foreign trade soon rose to almost $71 billion, or about 20% of the country’s GNP and 2% of the volume in trades worldwide.

Today, China is a major contributor to global trade and commerce, and regularly partners with Japan, Hong Kong, and the United States in many bi-lateral and multi-lateral import and export trading arrangements. The adoption of such trade agreements demonstrates that China will remain a dynamic leader in the future development of worldwide commerce and policies.

Accumulating billions of dollars of revenue from international trading activities each year, China has proven that its once isolated role has been reversed. While it limited foreign trading during most of the eighteenth century and first part of the twentieth century, China’s growth as a world economic powerhouse is unquestioned. Future acquisition of foreign companies and plants and expansion industrially will continue makes it a reliable and defining participant in the importation or exportation of goods and services for year to come.

The Top Importer and Exporter in the World

Since 2009, when Germany was first outranked by China as the largest export country in the world, China as solidified its position as the world’s most dominant exporters. China has also made its mark as the world’s most successful nation for both sides of the trade equation: imports and exports.

As of 2019, China’s trade surplus reached an astounding 422 billion in in U.S. dollars with exports of goods tallying a record 2.5 trillion dollars in U.S. currency. China also dominates trade with Russia, the European Union and Japan. China’s value of imports to Japan amounts to trillions of dollars annually.

China’s economic future looks unquestionably bright. But in many political circles, leaders and politicians are voicing concerns about China’s trade practices and policies and the impact on free and fair trade between nations. The response from world leaders to China’s growing dominance will profoundly depend upon whether tensions are inflamed by rhetoric or if differences can be resolved through compromise and conciliation. 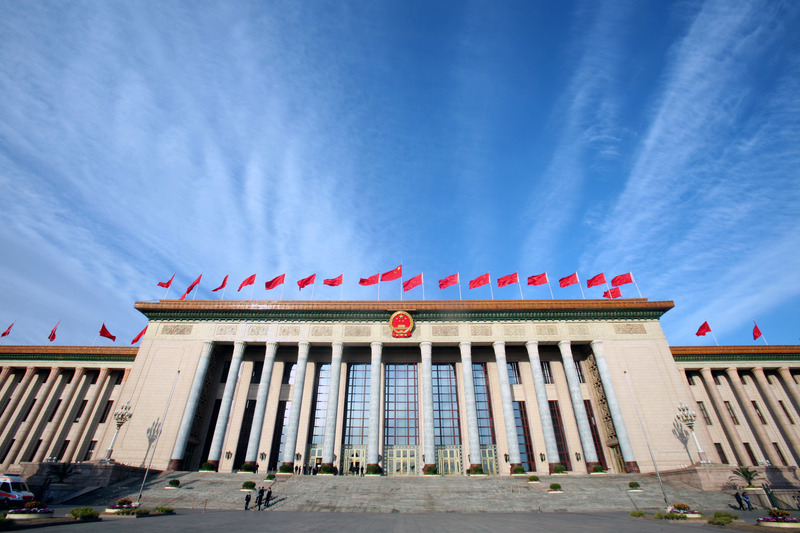 We have assembled some fast facts about China trade. This information was compiled from a variety of resources includingOffice of the US Trade Representative, World Bank, US-China Business Council, Statista, Hong-Kong Trade Development Council, The Heritage Foundation, and China Business Review.

Below is our profile containing facts and information to familiarize you about China trade and industry.

This site is supported by ads. Please help us out and disable your ad-blocker.